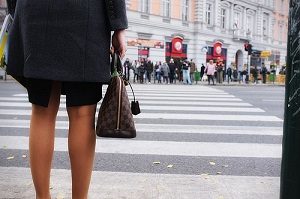 The recent United States political campaign and election did nothing to reduce passions over women’s issues. Women have voted heavily in favor of republican policies, even if the majority vote for democrat positions.

Both sides have created a volatile social and political climate that will challenge students to come up with feminist thesis topics to spark active discussions.

With Hillary Clinton holding the popular lead and avid supporters, dramatically disappointed in the Electoral College outcome, there is little chance that their agenda will come running to Donald Trump’s views.

That is more observation than judgement, but the climate will provoke irrational polemics for sure. In the heat of such debates, students must bring logic, research, and evidence to show the direction and make some progress towards the solutions.

Any change starts in outspoken conversation. It recognizes that most changes start with discussion among reasonable people open to evidence and analysis, as well as willing to change their minds in the face of the issue.

Success follows education. The evidence you need for such topics does not appear on covers of popular magazines. You need research into history, opposition, failures, as well as previous success.

Your interest should invest in future. While historical records bring context to your discussion, you need to pursue ideas and plans that expand the particular topic.

Students can be a front line in shaping and advancing feminist’s interests. They can do this by creating and mediating intelligent works on feminist. You may use the topics listed here to get inspired to create your personal input. Careful thought and researched documentation open minds to ideas, needs, and solutions.