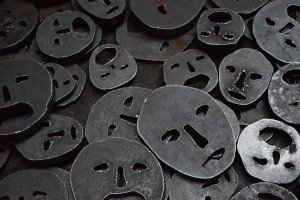 Writing a thesis can be a challenging task, but writing one on the Holocaust brings with it even more challenges. People are generally more sensitive to subjects that touch upon past transgressions, hurt, and death. No matter which side you may be focusing on, you will find confrontation, pain, and the remnants of an emotionally difficult time. That being said, exploring certain aspects of the Holocaust remains an important academic contribution for many reasons. The past holds the keys to the future, and only studying it can people prevent the same mistakes from happening again. Only by exploring each facet of a historical event within the academic community and outside of it people can truly appreciate the steps which led to serious actions, and thereby recognize those steps when they start to emerge in modern society.

So, if you decide to research this domain more closely, consider Holocaust thesis topics below:

You might find that something from this list works well for your task, but make sure you run it by your advisor before you start writing. This will ensure you start out on the right path in your research. Remember that a good thesis is an idea that you have to develop, refute, or verify.

You should pick something of interest not just to yourself, but to your advisor, and to the research community at large. It will be challenging for you to stay motivated if you are not personally invested in your topic. If you need thesis writing help from PhD experts, we are available here to help you for money.