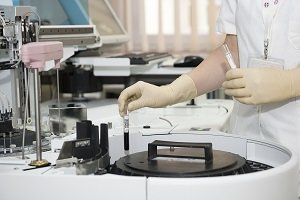 The myth that vaccines are somehow associated with autism is mostly widespread in western countries. It began n in 1998 with the publication of the notorious article in The Lancet. Andrew Wakefield suggested that a rubella vaccine (MMR) may be associated with autism. But Wakefield hid that he had his own interests to raise this myth. In particular, he himself applied for a patent for a measles vaccine.

Subsequently, more than 10 studies have been carried out that have proven that Andrew Wakefield falsified facts. The Lancet denied the publication to be even done. The doctor’s deed was classified as a violation of professional ethics, and in 2010 he was expelled from the UK medical record.

One of the proofs that there is no connection between vaccines and autism is an example of Japan. There, the MMR vaccine was replaced with the mono vaccine in the middle of 1993. But the incidence of autism continueв to grow. After that, the anti-vaccine movement translated responsibility at thimerosal and mercury-containing components, which in small quantities were used in some vaccines as preservatives (incidentally, MMR does not include them). In 2000, thiomersal was withdrawn from all planned childhood vaccines. If it had an effect on the growth of autism, one could expect a sharp drop after removing this component. Instead, the incidence of autism continues to grow.

Further evidence comes from a comprehensive study of 12,000 scientific articles covering eight different vaccines. These studies also came to the conclusion that there was no relation between vaccines and autism.

However, the myth exists today. One of the reasons is that the diagnostic time of autism coincides with the time when several vaccines are given to children. In addition, at this time, we do not know what causes autism. But we know that it’s NOT a vaccine, and every autism research paper should include this information.

Here are some proven facts about vaccination:

But there are sad statistics:

Annually more than 1,000,000 babies and infants die from infectious diseases that can be prevented by vaccination.

All in all, you can use this information for writing a professional research proposal on autism topics.